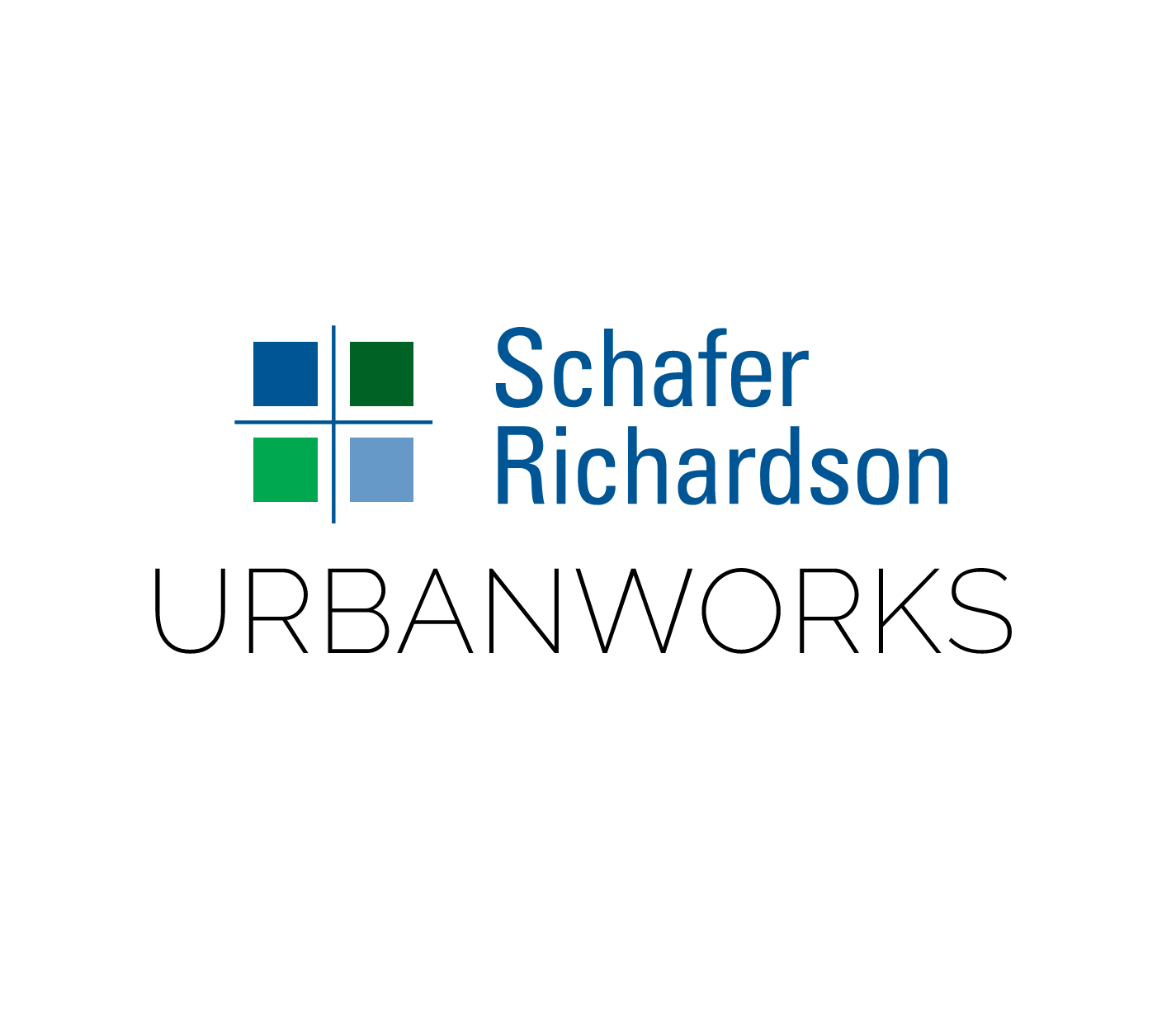 Schafer Richardson and UrbanWorks Architecture: A Conversation on 15 Years of Collaboration and Growth

At UrbanWorks Architecture, we measure our success based off of the success of our clients. For more than 15 years we have collaborated with Schafer Richardson on numerous projects within their development portfolio. This ongoing partnership has resulted in much more than the buildings our teams have designed and developed together. In addition to the 17 fully-built projects that our firms have created together, we have established a strong sense of respect, trust, and appreciation for the work of the other. In a conversation between Kit Richardson, co-founder and Principal at Schafer Richardson, and Tod Elkins, co-founder and Managing Partner at UrbanWorks Architecture, the company leaders shared their background and experience working together for over the past 17 years.

Kit: I think Tod and I ran into each other first when he was working with another firm!

Tod: Exactly- you know it was when I was working on 710 Lofts, and I drove into the neighborhood and thought “these guys are crazy!” But it turned out well!

Kit: It not only turned out well, but you may remember that you came up with a design that [the city] accepted, and I think that in the long run that paid off- because then 720 was a little edgier, and 730 was edgier even more and we never got pushback from [the city] after that first one.

Tod: Exactly, so I think that the first two buildings we did together, 710 and 720, were when I was with my previous firm, and then we split off to create UrbanWorks. After conversations with that firm you were offered to stay or come to UrbanWorks, and you made the decision to go to UrbanWorks- though that may have been because we decided to rent space from your building, not sure… And you know we’ve only ever had the one landlord- 16 years as of this February!

Kit: The other thing you may remember was the Cameron building just down the street was originally meant to be demolished but we ended up shifting the PUD [Planned Unit Development] to save it.

Tod: You know what I liked about saving the building was that it was the first affordable housing project in the North Loop.

Kit: Well it was 13 years after we saved it- the flexibility of Tod and his group to change the site plan and get a second PUD approval was a good thing. We were very well served by Tod and [UrbanWorks].

Tod: The city has really been well served by you. I think about the North Loop specifically, but other neighborhoods- like Southeast, Northeast, Hennepin- where you’re kind of neighborhood builders. You really brought in a lot of residents and excitement to the neighborhood. Where we sit now is so different than what it was 15 years ago- for the better.

You’ve had 16+ years as Schafer Richardson and UrbanWorks, but really 17 years working together- what do you think has made this partnership so strong and long lasting?

Kit: From my perspective as a registered architect, I think what UrbanWorks has done for Schafer Richardson is to bring a very well developed aesthetic sensibility in the projects, which are generally very neighborhood-oriented design aesthetics, and to combine that with a sensibility and practicality that a lot of architects, and I’m speaking as one, don’t have in dealing with clients. I think UrbanWorks understands the business of development, understands the constraints, the restrictions, and all of the hurdles that we as developers have to go through and deal with. I think that really makes the partnership work for us. While they will, rightly, push good design, there’s always the acknowledgement that there are other issues and concerns that need to be dealt with. I think they have always been able to balance business and design, and that’s critical.

Tod: You know, I really think of just two words as to why this partnership as remained strong- respect and trust. We really respect what Schafer Richardson is doing, and we trust them and know that it’s back and forth. They really integrate us into their vision! And to be honest, both Kit and Brad [Schafer] have become good friends- I just really admire and respect both of them. I think in order to do good work people need to focus on collaborating and that’s really the key.

Kit: I really appreciate those two words and you saying that Tod- because we feel the same way.

When you’re looking back at some of those collaborations, are there any projects that really stand out?

Tod: I think for me standing out is 710 because it was our first project working together and both Kit and Brad were very hands on. To be in a meeting with both Kit and Brad was to really understand fun at work! I love The Redwell because my daughter lives there, and the other one that I really like is the North Loop Ramp- which I think is the most beautiful parking ramp in all of Minneapolis.

Kit: I am always pleasantly surprised when I drive down 10th Avenue to 4th and see on one side the North Loop parking ramp and on the other side the Redwell. The North Loop Ramp is a really, really well designed ramp, and virtually everyone who has seen The Redwell has said the same thing- there’s no way that you could tell that it is affordable housing. We’ve had people just really bowled over by those designs. Yeah I think those two stand out. And I agree that 710, 720, 730 stands out, but not because it was the first project necessarily but because in some ways it was the most complex. 3 different buildings with 3 different designs showing an evolution in design and political will. It was a little more complex than the typical project. The ability to think on your feet I think is indicative of UrbanWorks’ ability to do planning and design.

Looking at the future of this Schafer Richardson / UrbanWorks partnership, is there anything that you’re particularly excited about?

Tod: What I like seeing is kind of that next generation at both Schafer Richardson and UrbanWorks, coming together and doing things now. It’s no longer just direct involvement between Kit, Brad, and myself, but there are teams on both sides that have really taken on future development- I’m thinking of Nova SP and Viridium. It’s just exciting that there’s a legacy there, and a legacy that will keep growing with next generations. You know the North Loop is as awesome as it is in large part because of Schafer Richardson’s smart purchases and smart ideas.

Kit: I would agree- I think it’s exciting to see people coming up, the younger generation taking over. I’ve felt my major role is in mentoring, partly because I’m the oldest person at Schafer Richardson and partly because I’m the only registered architect and I really want them to understand architecture as much as they can because I think it gives them a certain level of comfort when meeting with architects. So as a mentor, I think it’s great when I see the next generation going into these meetings, going out to job sites, and feeling comfortable and confident in holding her own with contractors and architects. I’m proud of the fact that our Development Director has almost always been a woman and that all of our Project Managers were women at a time when it wasn’t common for women to dominate the industry. I am very proud of the fact that when I fade into the sunset it’s not going to be an old white male with all white hair driving development- at least not for a while.

In closing, is there anything you would like to highlight when thinking about the relationship between the firms?

Tod: I still have good memories about how we’ve evolved. I think back to the process and negotiation, and it was always “how can we both get what we both need”, and I think that goes to the integrity in our relationship. My mantra is that I want to work with people we like and respect who like and respect us. And I think that’s really where the joy comes from.