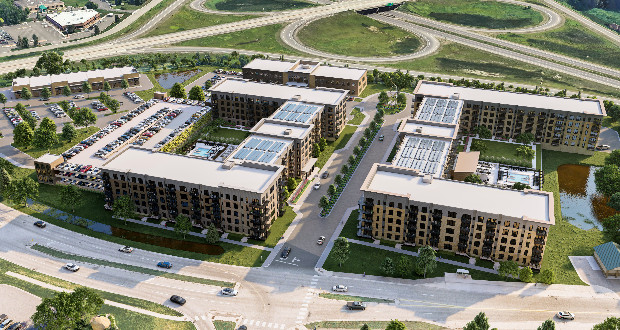 via Finance and Commerce

At the southwest corner of Highway 169 and Rockford Road in Plymouth, an empty mall sits atop more than a decade of scrapped plans.

Plymouth’s Four Seasons Mall has a long history of proposals that led to dead ends, but Wellington Management Inc.’s most recent sketch is gaining steam. The city bought the land last June and put out a request for proposals for redevelopment, selecting the St. Paul-based developer in January.