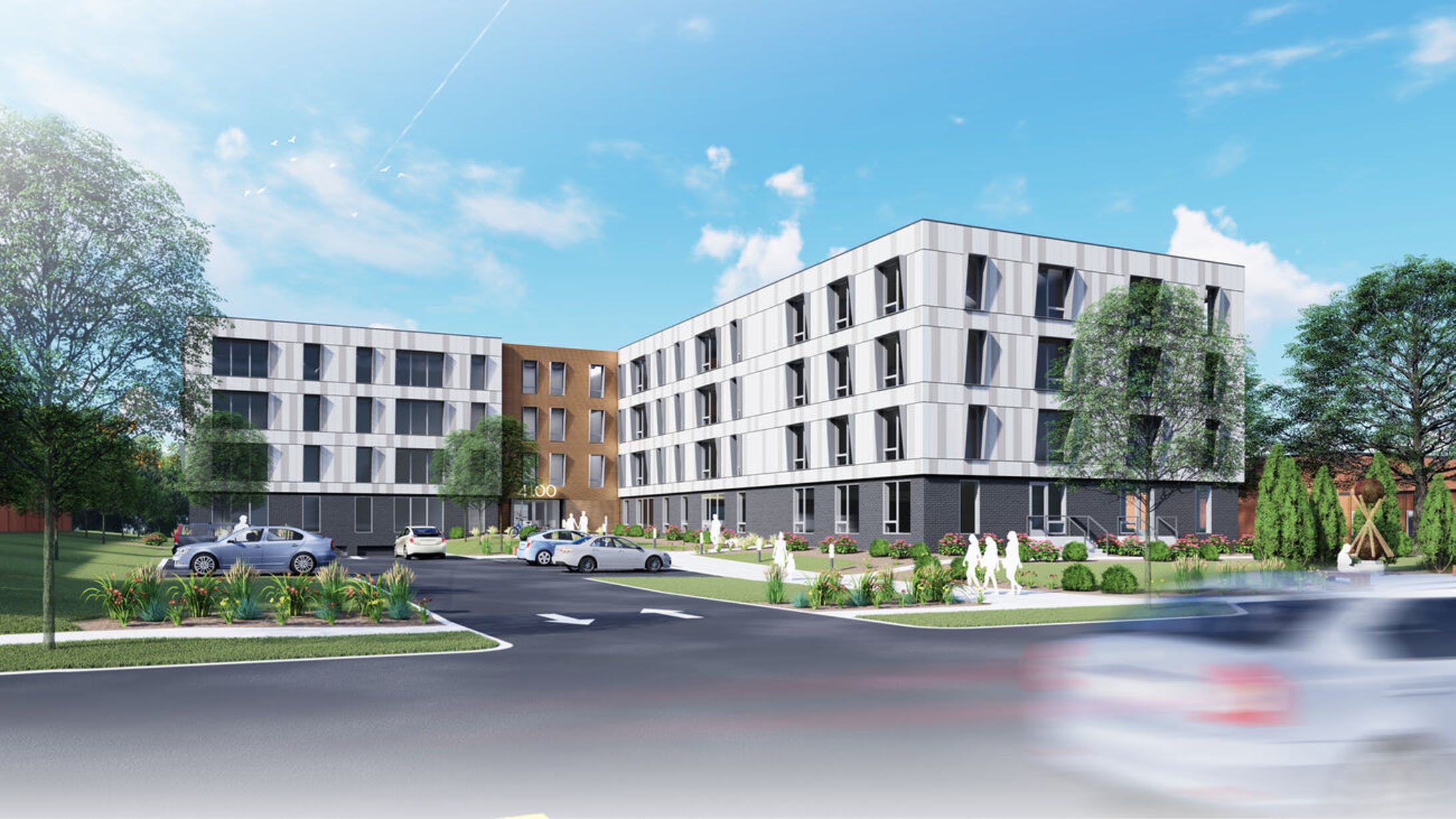 The nonprofit developer Aeon will begin building a 70 unit affordable apartment complex this week in Edina, at the former location of the famed Flyte Tyme Studios, once run by Grammy Award Winners Jimmy Jam and Terry Lewis.

The $23 million project is expected to open in 2022. It will be called The Sound on 76th to honor the place where Michael Jackson, Janet Jackson, Mariah Carey, Boyz II Men, and Sounds of Blackness recorded music during the 15 years the studio operated in Edina.

The low profile cream-colored brick building that was used by Flyte Tyme from 1988 to 2003, has been sold several times since Jam and Lewis left the Twin Cities for California. It since served as a school and rentable rehearsal space before shutting in late 2018 to make way for the housing complex.

Artwork by local artist Ta’coumba Aiken that for years hung inside the studio will be reinstalled in the newly constructed apartments.

Aeon officials said that they worked on a development plan for years and that the new building should offer critically needed affordable homes just a block off France Avenue near the Southdale Center shopping mall.

After riots, St. Paul’s Midway works to turn blight to bright
Schafer Richardson and UrbanWorks Architecture: A Conversation on 15 Years of Collaboration and Growth