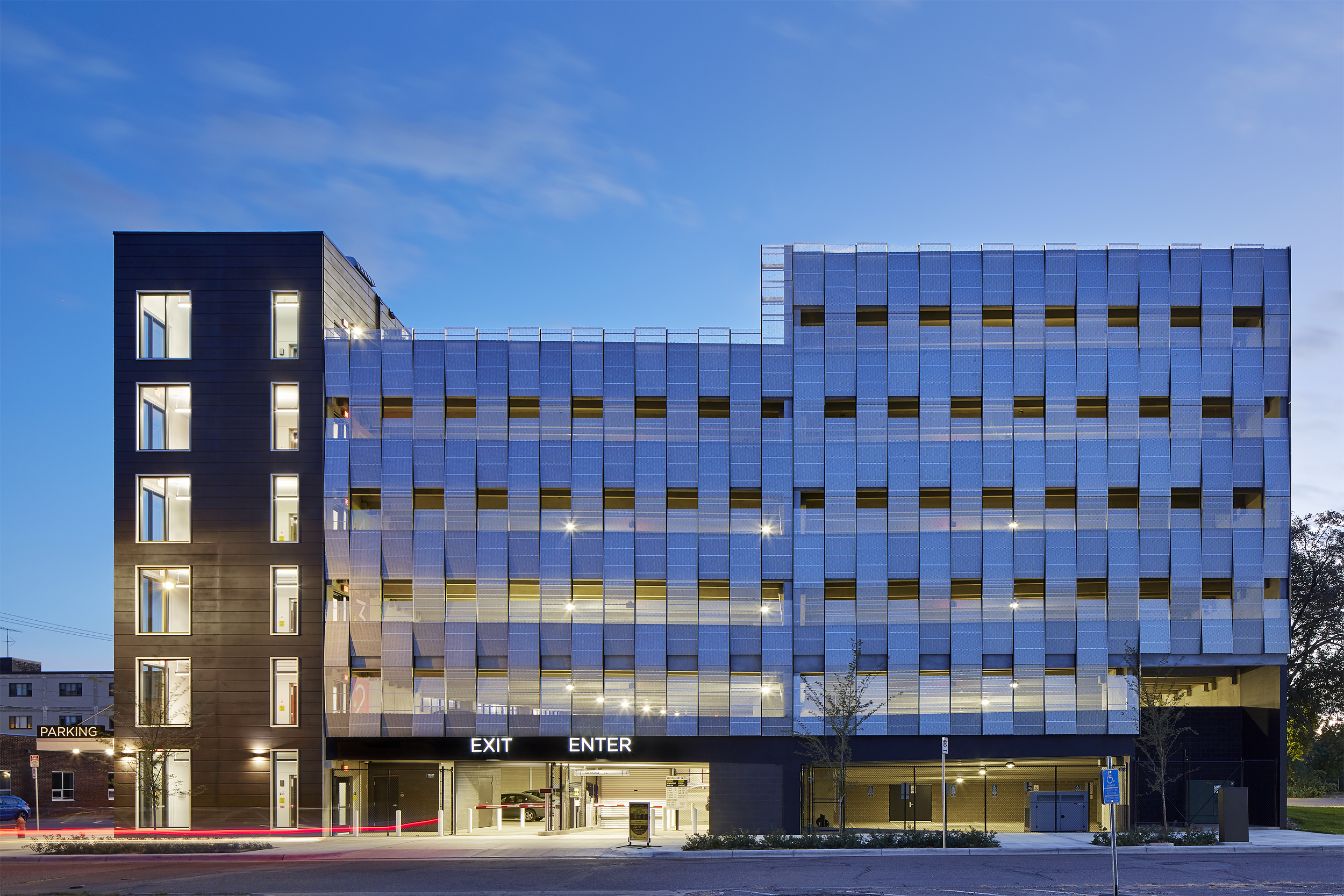 After I graduated from college, I worked at an architectural firm in San Francisco for a couple years. The architects there used to make fun of what they called the city’s “beauty contest” for new development. Architectural renderings were submitted to the city by developers and then evaluated on how the proposed project would visually enhance the skyline. I thought it was a good idea. Sometimes I wish we did that here. But I think everything should be beautiful.

One day last fall, I took a shortcut through the North Loop on my way home. At the corner of N. 3rd St. and N. 10th Ave., just around the corner from the Salvation Army discount store, I saw a new building with an undulating aluminum screen covering the upper floors. I immediately pulled over.

Through orange construction barricades I could see the one-story base of dark brick was punctuated with large expanses of windows. A matching six-story tower on the corner, also with large windows, marked the pedestrian entrance. The blocky shapes overlapped and provided dimensionality to what could have easily been a solid rectangular mass. But it was the upper stories that captured my eye. Pierced aluminum panels connected in a basket weave texture that turned the ramp into a piece of sculpture. It was beautiful. And it was just a parking ramp.

My sister, who was recently promoted to CEO of a home remodeling firm in the Silicon Valley, was in town a few weeks ago. We often talk about architecture. I took her to the ramp and said it was my new favorite building in Minneapolis. “A parking ramp?” she asked. “Why not?” I answered. It has to be designed by someone; why not make it nice?

I drove by the ramp several more times and showed it to other people. Everyone agreed it was beyond what was expected. I decided I needed to know more.