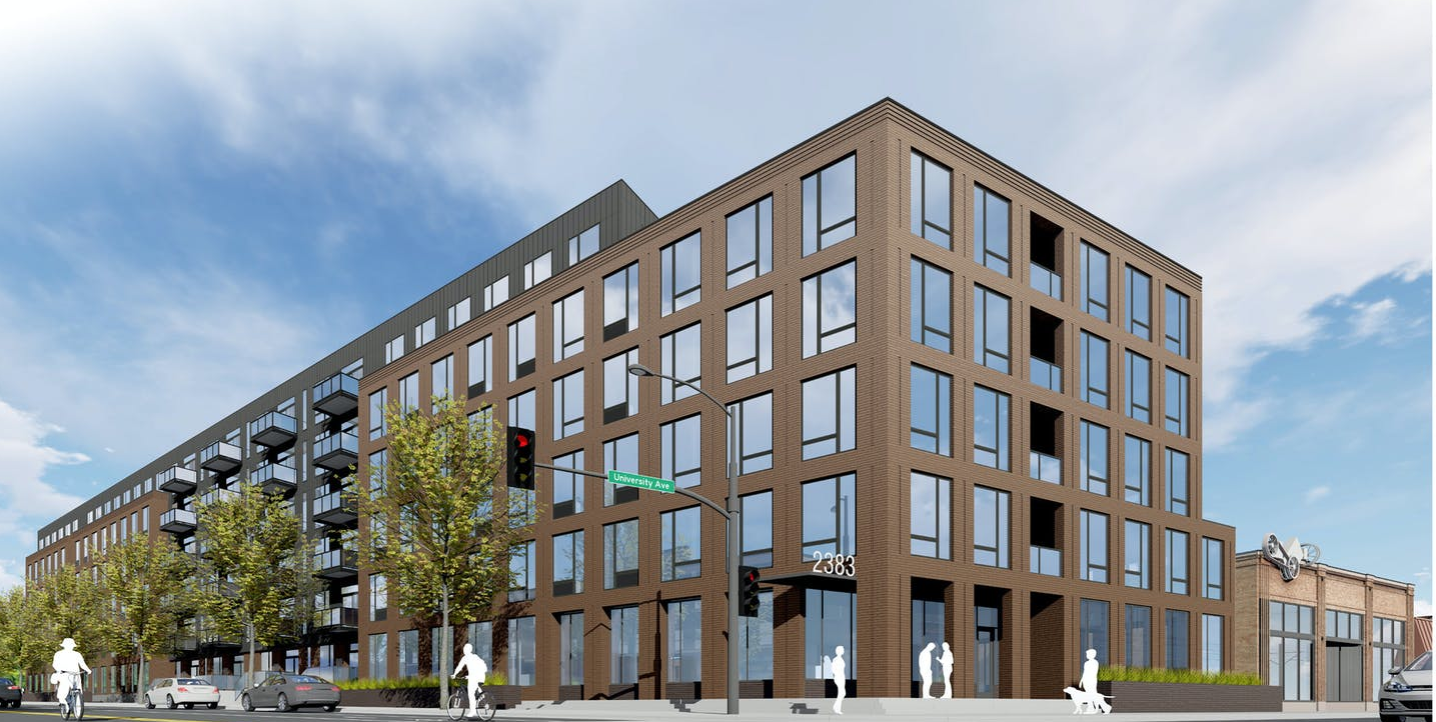 $50 million apartment building to go up in Midway area of St. Paul

Kraus-Anderson is set to bulldoze a shut U.S. Bank branch next week to make way for a nearly $50 million apartment building along the Green line in St. Paul, company officials announced Thursday.

The new market-rate project will have 220 units one block from a Green Line rail stop. The apartment building is only the second Kraus-Anderson has attempted in the city of St. Paul. The company is better known for its K-12 school building and office projects.

Demolition of the former U.S. Bank building is expected to begin Tuesday. The branch has been shuttered for about a year.

Construction is expected to be completed by summer 2022. It will rise near the corner of University Avenue and Raymond Ave. in St. Paul’s St. Anthony Park neighborhood.