Neil Reardon is leading the development of UrbanWorks’ West Loop concept. A member of the Urban Land Institute and Sensible Land Use Coalition, Neil is an advocate for well-planned neighborhood growth.

What is the West Loop?

The West Loop is Minneapolis’ next great neighborhood.  For a long time the area we named the West Loop was the place where all the stuff that no one wanted anywhere else got put.  That is starting to change — within the last 5 to 10 years we’ve seen tremendous growth in the North Loop and Downtown, including Target Field and the investment in a transit network that has its nexus there.  So here sits the West Loop, and its 206 acres of underutilized land, next to all of these important places.  It’s a bit of a blank slate in ways that many existing neighborhoods that are this well-located are usually not.

The basic idea behind the West Loop is that the whole can be made better than the sum of its parts.  The whole is achieved with a coherent vision, some planning, and investment in several key areas:

One of the core ideas of our West Loop plan is the idea of intentional diversity; it will be a place for everyone. The West Loop will have places for all ages and incomes to live, support creative business endeavors, have exciting experiences for visitors, and offer unique workplaces.  All of which will complement the existing surrounding community.

What is most exciting about this plan?

The West Loop vision is the opportunity for our community to create a distinct, 21st century neighborhood that reconnects downtown Minneapolis to the north-side neighborhoods, and also knits together the North Loop and Heritage Park neighborhoods. It is exciting because so much of the development and growth is possible by simply leveraging the previous and continued transit investment, the urban renaissance already taking place, and the inherent cultural, social, and financial benefits of dense urban neighborhoods.

We developed the West Loop to work towards directly meeting the goals of the Downtown Council’s 2025 Plan, which is the right kind of ambitious and important goal for our city.  That goal and the West Loop vision are possible because people are returning to cities to live, employers understand the benefits of being located in the city, and dense neighborhoods and downtowns provide the best opportunities for dynamic entertainment and leisure activities.  Planning for intentional diversity and building a neighborhood that exhibits it is a tremendously exciting opportunity. Based on our vision for the West Loop, 10 years from now there could be 10,000 new residents living there, and in 20 years that number has the potential to reach 20,000. 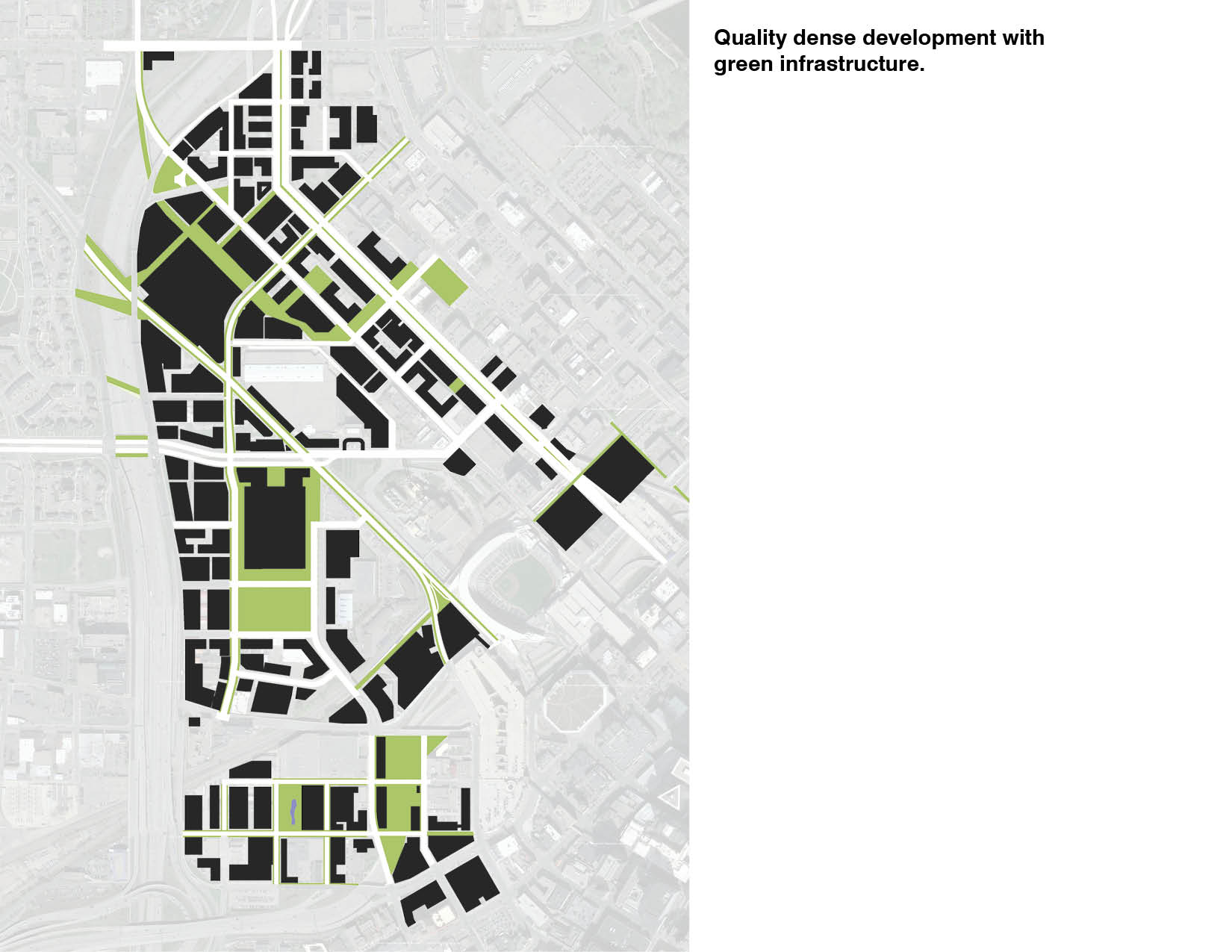 What will it take to make the West Loop a reality?

Currently development is underway in parts of the West Loop, and that will continue because of its great location with the new transit options.  One by one those projects will produce some value.  But if we, as a community, want to garner real potential, or implement the “full build out” (as we are calling it), we must first invest in a better public realm and infrastructure to seed the kind of development that is of greater value.  And that value goes beyond the monetary value to include the social and cultural value that provides opportunity for all residents.

In order to realize the full potential of the West Loop vision, it will be important to secure the upfront investment by a public entity, and to create an organizing group to coordinate the public and private investment over the next 20 years.  In that 20 year time frame the West Loop will pay for itself.  All of the public infrastructure that needs to be built — the parks, roads, etc. — can be paid for out of the increased return of property taxes from the resulting future development.

Lastly, implementing the West Loop vision into a reality will require long term thinking. The community will need to think big and have the appetite to implement that big thinking.  The fully built neighborhood in 2035, can and will be much greater than the sum of its parts if there is willingness to pursue this cohesive vision today.