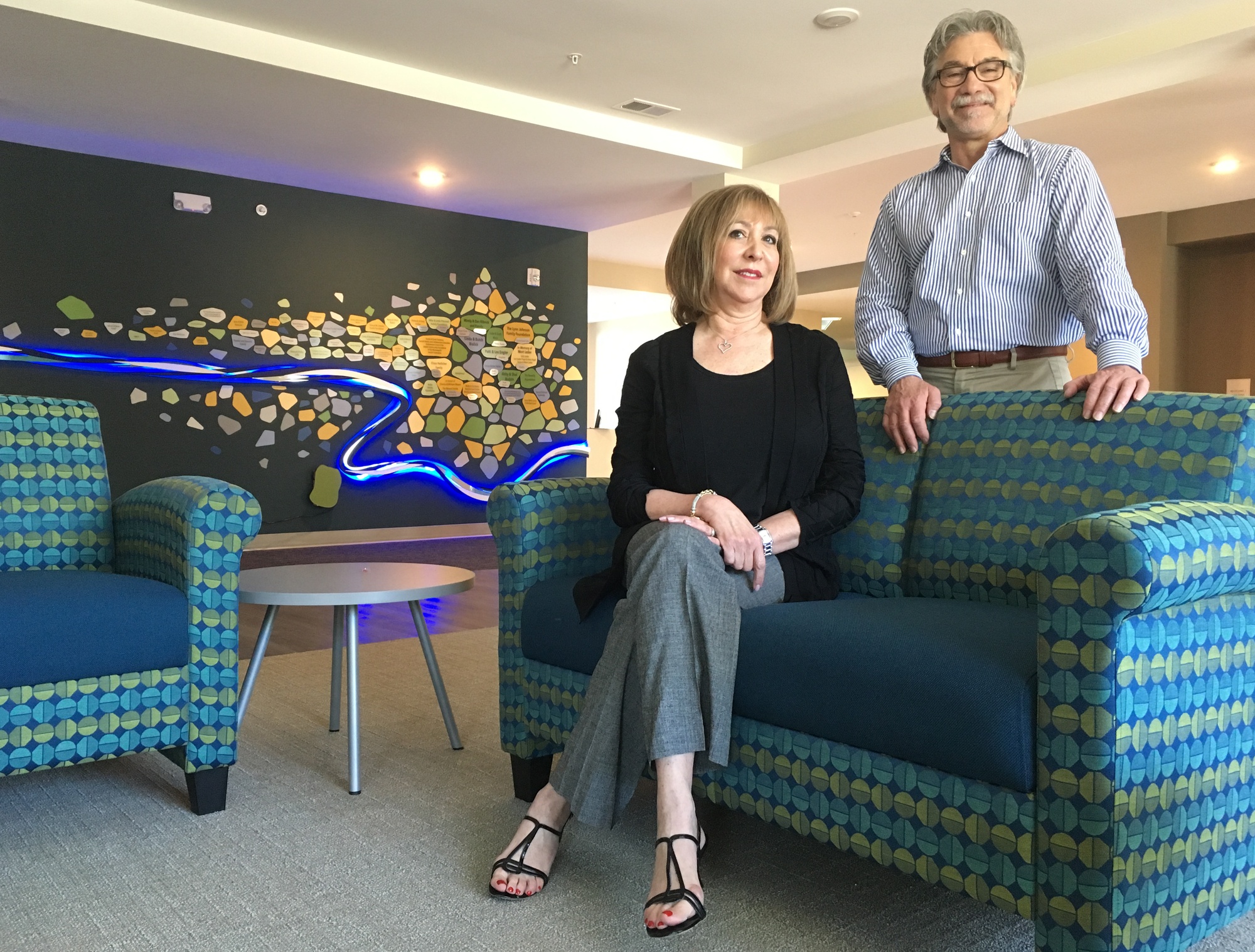 One mom made Cornerstone Creek development for disabled adults a reality

“The inspiration for Linda Bialick’s first — and last — development project was born decades before the first bulldozer arrived on the job site.

Thirty years ago, after her daughter was born with Down syndrome, the stay-at-home mom began to realize that children with developmental disabilities didn’t have the same educational, social and recreational opportunities as other children.

But when her daughter became an adult, a new set of worries emerged. Hers was the first generation in which adults with developmental disabilities are likely to outlive their parents, so Bialick started researching ways adult children are able to live independently in a safe and secure way long after their parents are unable to care for them.

The answer, Bialick determined after years of research and planning, is a one-of-a-kind, 45-unit apartment building called Cornerstone Creek in Golden Valley.”

“Though the building looks just like any other market-rate apartment building, the design itself is innovative. Tod Elkins and David Miller of UrbanWorks, a Twin Cities-based architecture firm, designed the building to avoid the kind of isolation that many adults with disabilities experience. The three-story building has two wings with clusters of apartments that have their own communal gathering space, creating several ‘neighborhoods.'” Read More