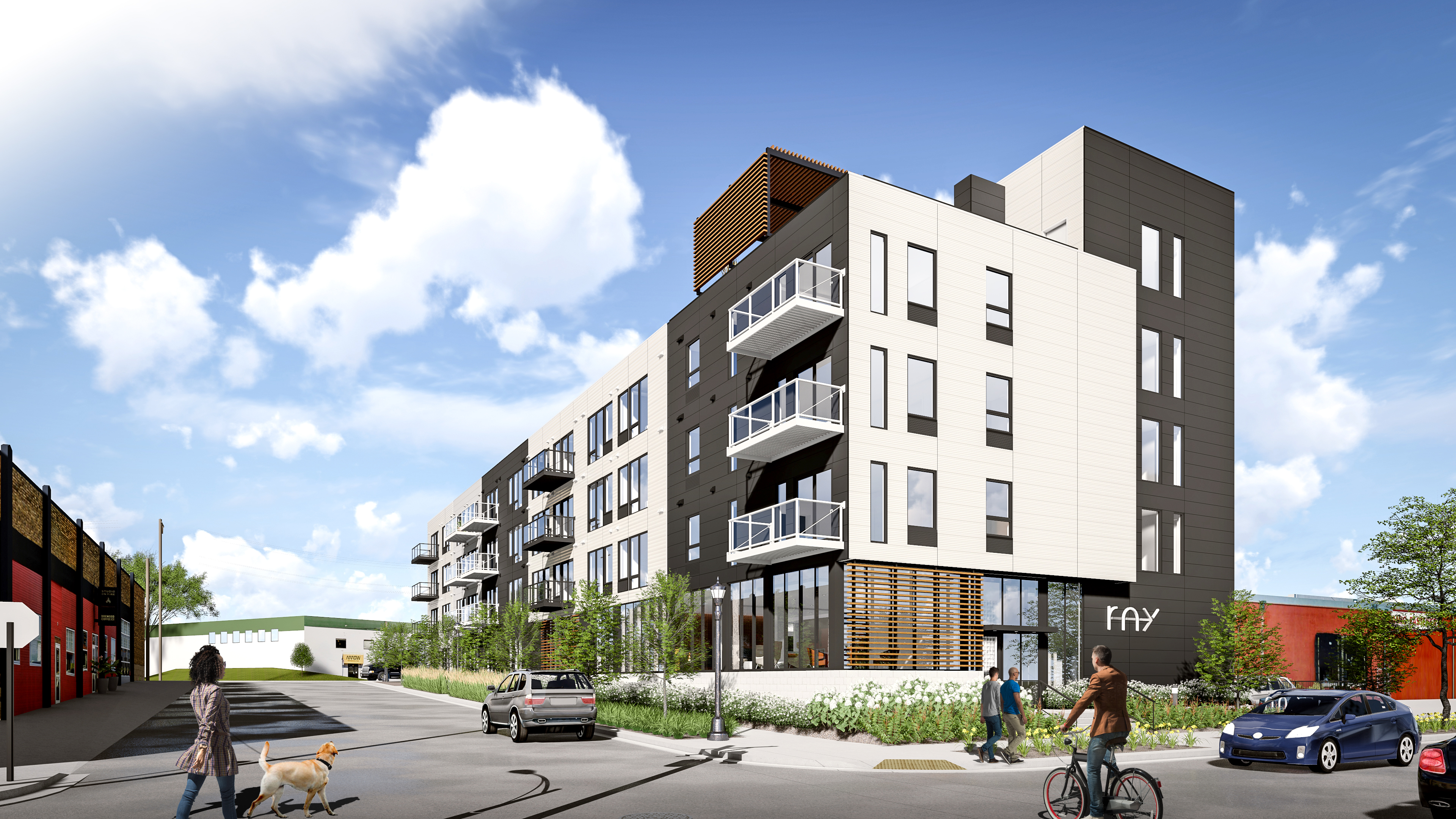 “Micro dwellings have been defined as fully equipped self-contained housing units that are somewhere around 350 square feet in floor area. The idea got its start in high-demand urban areas in both the United States and abroad, where housing pressures and skyrocketing rents have a long and grim history.

Now the trend has come to south St. Anthony Park. In July, the Ray, a new 79-unit apartment building, will open its doors. Named for nearby Raymond Avenue, the Ray will occupy the site of a century-old repurposed warehouse at Carleton Street and Charles Avenue.

‘We like to think of the Ray as offering ‘naturally affordable’ studios,’ says developer Bard Johnson, chief manager of Ray Residential. Sixty-nine of the building’s 79 units will be in the micro-range with an average floor space of 372 square feet. The building was constructed with private financing and does not meet official definitions of affordable housing. Monthly rents will start at $890.” Read More